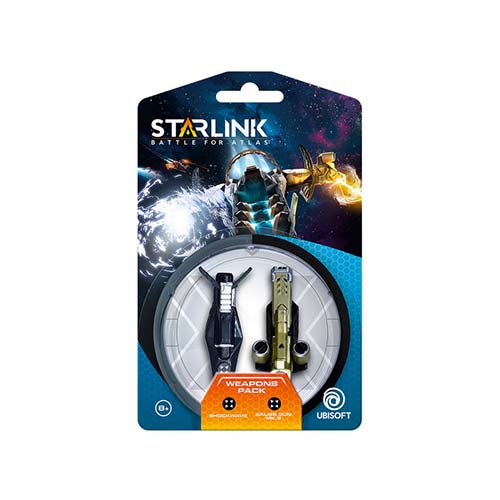 Enhance your arsenal and adapt to overcome your enemies with the Shockwave and Gauss Gun Mk.2 weapons.

Shockwave - Initially designed as a non-lethal crowd dispersal device, the intensity of Shockwave’s concussive blast wave became much too dangerous for use against anyone except those the user would like to see shattered into a million pieces.

Gauss Gun Mk.2 - Outfitted with additional racks of electromagnetic coils, which are then enhanced with modified Kinetic stabilizers, the Mk.2 is a significant improvement on the standard Gauss Gun in every way.

In Starlink: Battle for Atlas, lead a heroic team of interstellar pilots to free the Atlas star system from the Forgotten Legion. Innovative modular toys allow you to build unique starships which can be customized on the fly for a new way to play as you adapt to overcome any challenge you encounter in this epic open world adventure.