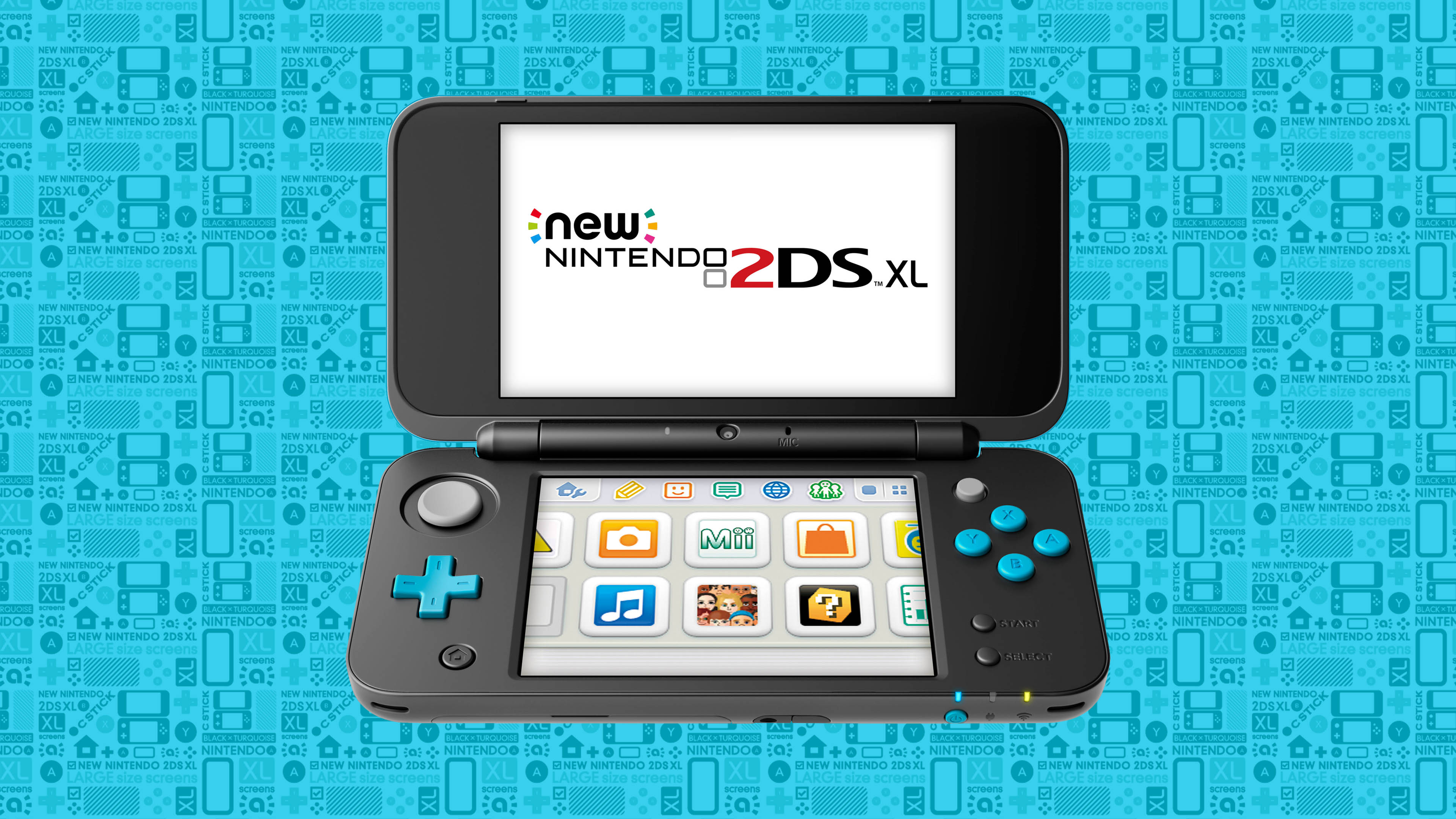 Now this is pleasant suprise. Recently Nintendo launched the all new Nintendo 2DS XL. From the looks of it, everything looks identical to the Nintendo 3DS XL. However, there are some key features that would set 3DS XL & wedge shaped 2DS apart as stated in comparison image below. 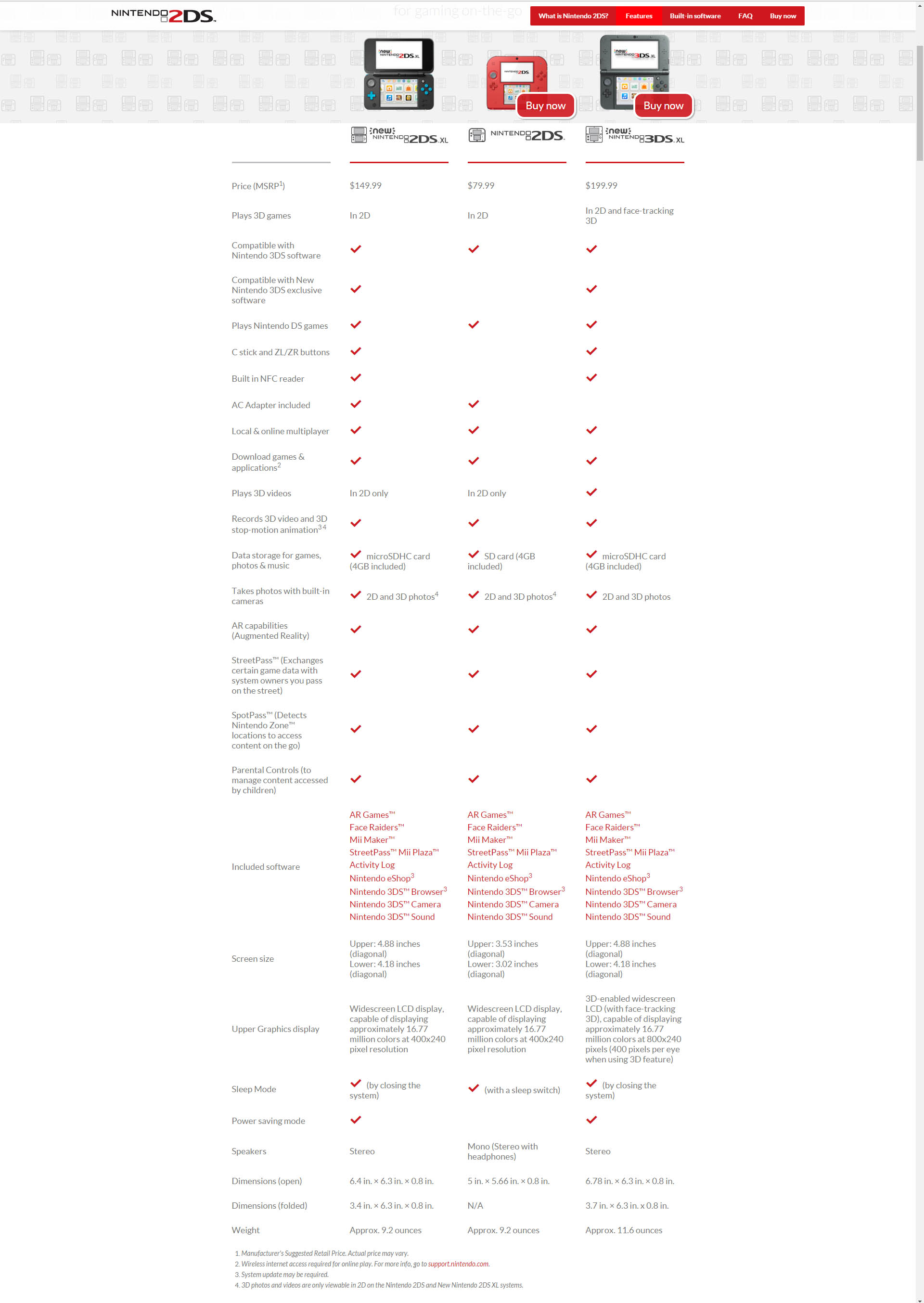 For instance as the name suggested, the 2DS XL doesn't have 3D stereoscopic screen just like the wedge shaped 2DS. But unlike the 2DS, it does have C-stick & ZL/ZR buttons, built-in NFC reader as well as microSDHC 4GB card just like New 3DS. Software that are exclusively for the New 3DS is now compatible with the 2DS XL. Dimension wise, it is tiny bit smaller than New 3DS XL. But one thing that New 3DS console that doesn't include is the AC power adapter like the 2DS.

Interestingly enough, Nintendo releases 2 different colour variants for different regions. USA gets the black console with turqoise accents while Japan gets white console with orange accent. No mention about colour exclusivity for either regions but I hope to see more variaty of colours in the future.

Source for the news can be found in the link below: 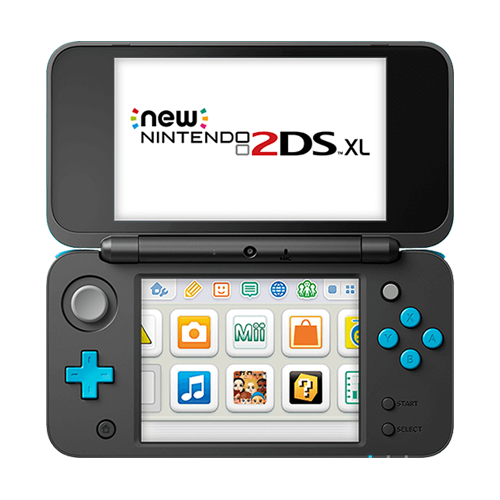 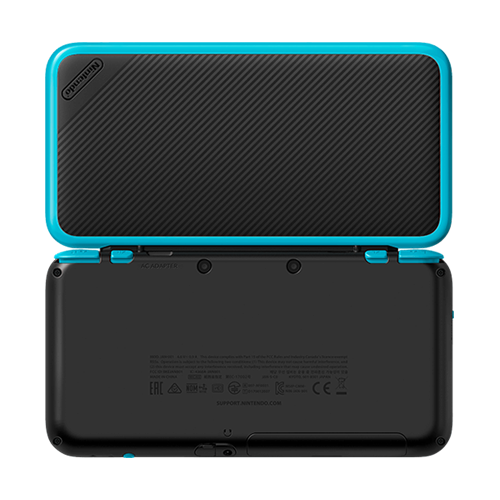 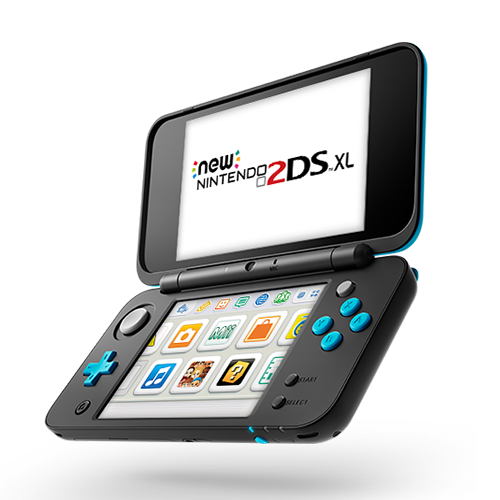 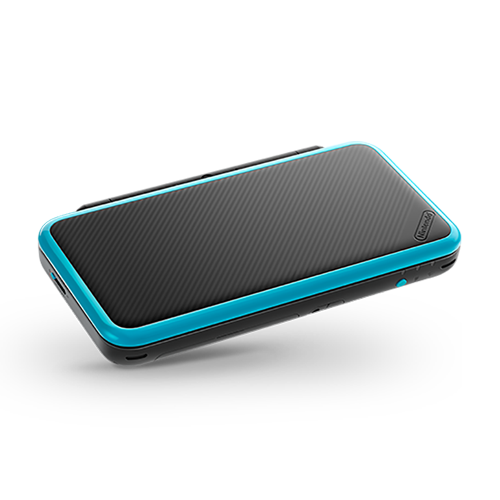 Pre-Order At Our Store!