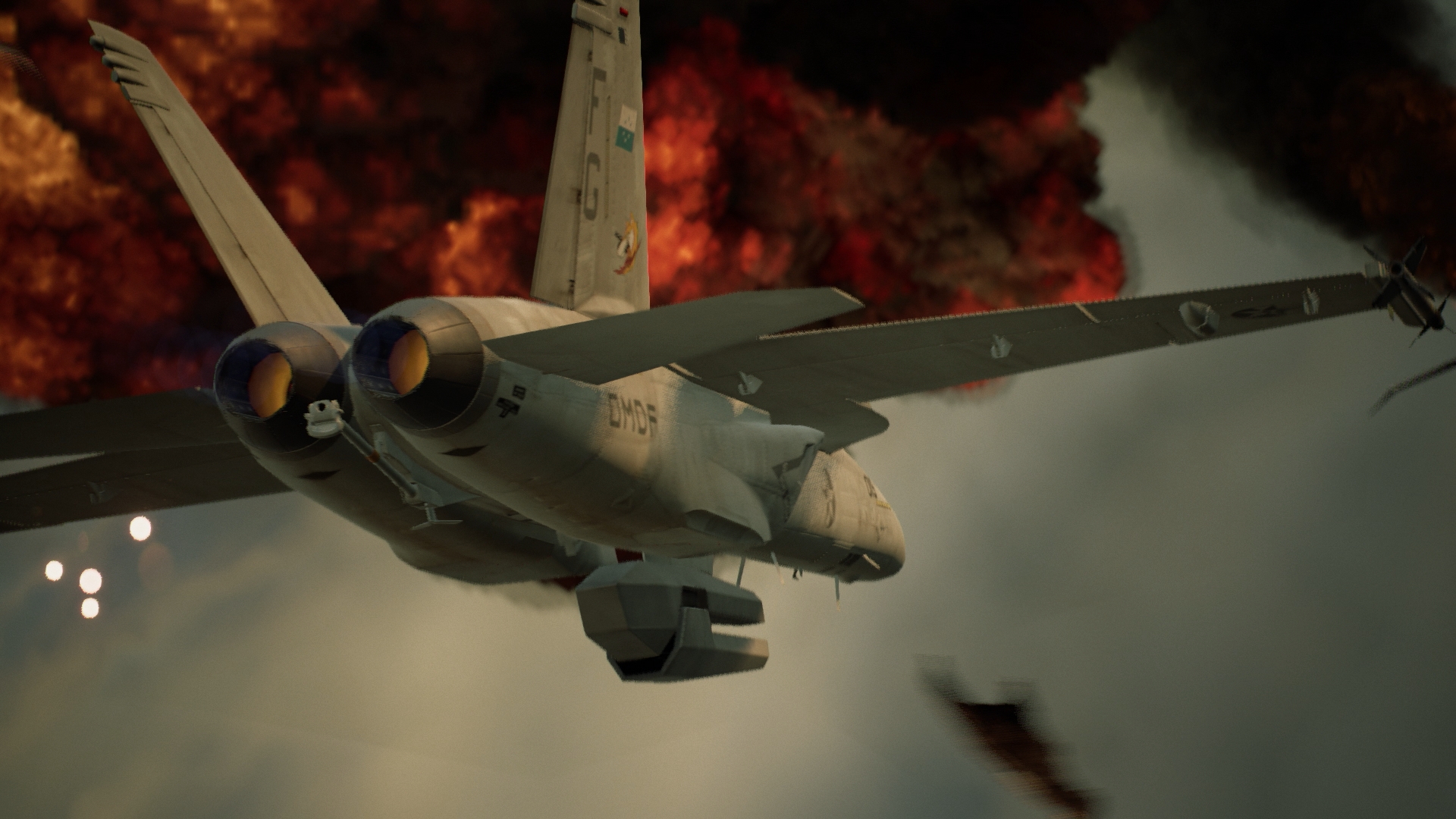 After over 2 years since it was first unveiled at PlayStation Experience 2015, Bandai Namco Entertainment made an official announcement at Gamescom 2018 that Ace Combat 7: Skies Unknown will be coming to consoles on 18th January 2019.

BANDAI NAMCO Entertainment Europe is pleased to announce the release date of ACE COMBAT 7: SKIES UNKNOWN on January 18th for PlayStation4, Xbox One and February 1st for PC via STEAM.

Set on the same Usean continent as in ACE COMBAT 3 and ACE COMBAT 4, the story revolves around the Second Usean Continental War, following an attack by an army of pilotless jets.

Players will find themselves part of the Penitentiary Unit, a military force formed entirely of criminals – and therefore disposable – who have been tasked with defending against this new threat.

ACE COMBAT 7: SKIES UNKNOWN will also feature new weapons and flight controls. This allows for a wider range of tactics, including new futuristic superweapons and planes like the sturdy A-10C Thunderbolt II, as well as multipurpose fighter F-35C and high-performance aircraft Rafale M.

Kazutoki Kono, Ace Combat 7 Brand Director, said: “The team and I have been working diligently to produce an experience that will add another action-packed chapter to the ACE COMBAT franchise, but more importantly, be worthy of your time. Thank you all once again for your patience, support, and continued enthusiasm, and we’ll see you in the skies soon!”