Join Jibanyan and his Blasters team in action-packed battles to stop the masterminds behind a series of Yo-kai shenanigans.

Take down enemy Yo-kai and Big Bosses using skills and Soultimate Moves with up to 3 other friends*. As you tackle missions, befriend new Yo-kai to amplify your team's awesomeness. 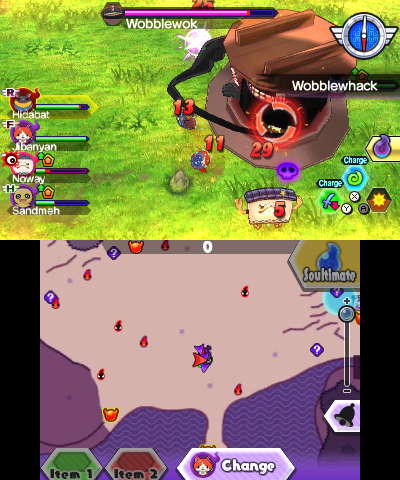 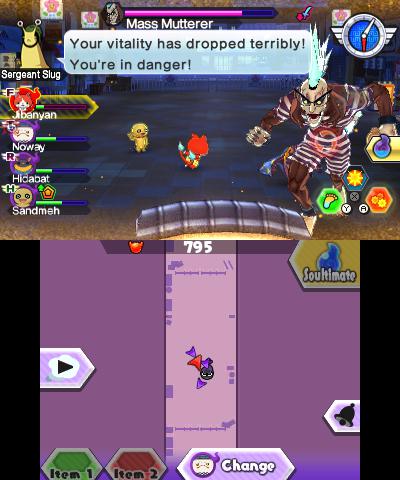 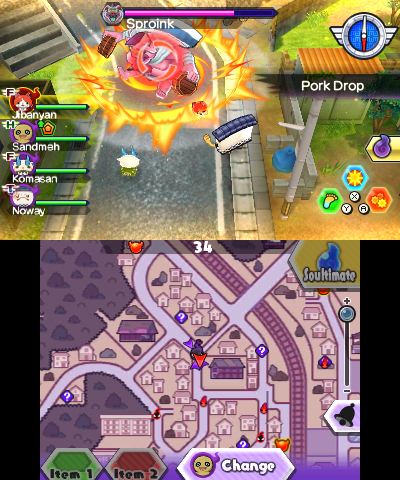 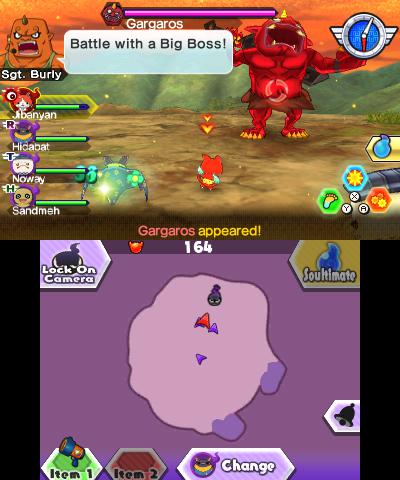 Train with Sgt. Burly to become the strongest Blasters team there is! As you complete missions, gather Oni Orbs and items to level up or forge equipment to power up your team. Some missions, bosses, and Yo-kai are exclusive to each version. Trade Yo-kai between versions to collect them all! You can befriend all friend Yo-kai from all versions of the YO-KAI WATCH 2 game, boss Yo-kai, plus the all-new Usapyon, Blizzie, and more. Link save data with a version of YO-KAI WATCH 2 to befriend special Yo-kai. Uncover new sides to the story as well as new Yo-kai, bosses, and missions with a post-launch software update!