The latest iteration of the classic tactical series is once again set during the fall of the Han Dynasty in ancient China; where battles take place in a boundary-free scramble for land. The game’s map showcases the territory captured and the thrill of
expansion using a simplified color system – paying homage to the original Romance of The Three Kingdoms XIV, released on PC back in 1985. Everything from war to diplomatic affairs will be geared toward managing and gathering land as players attempt to spread their strategies at will across the vast China map. 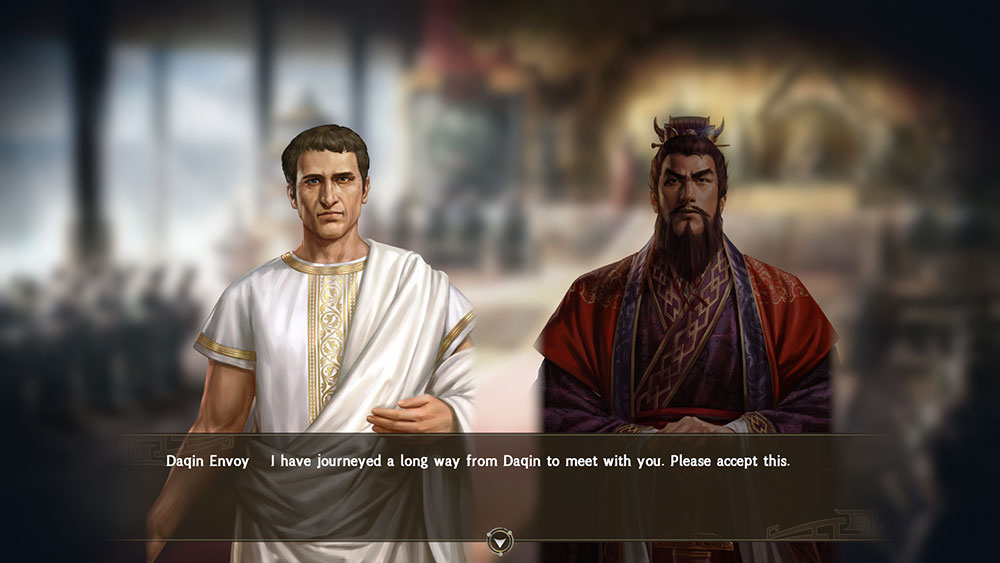 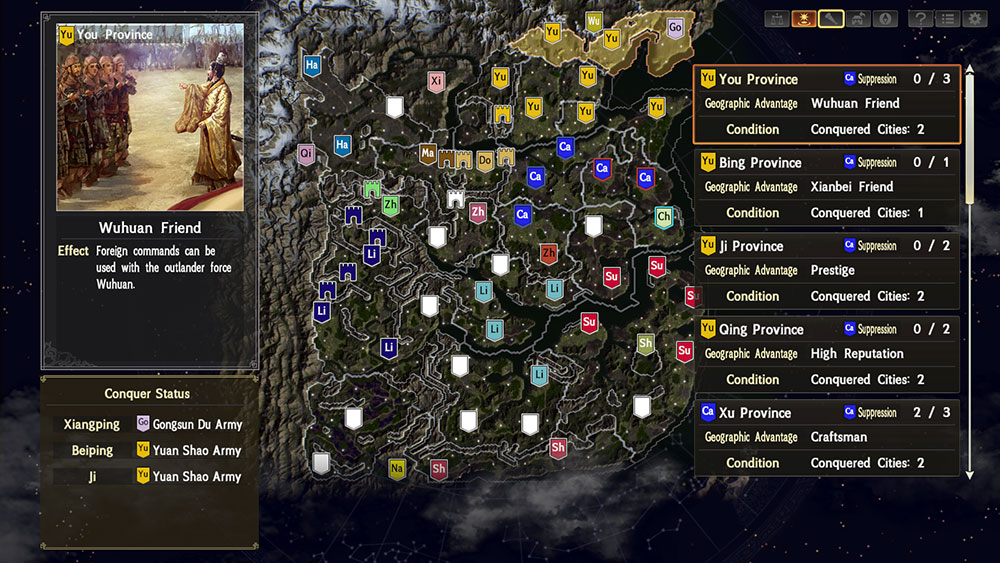 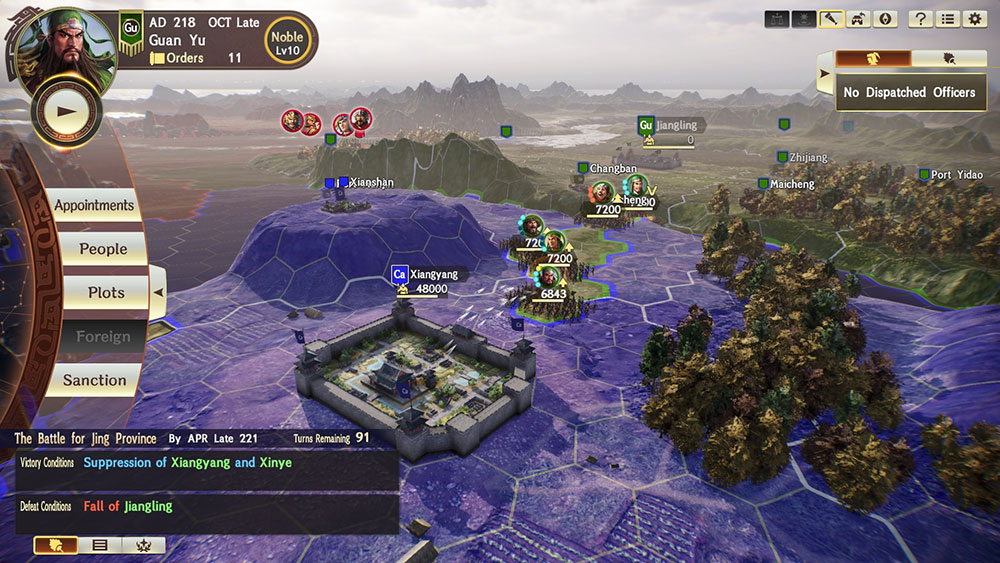 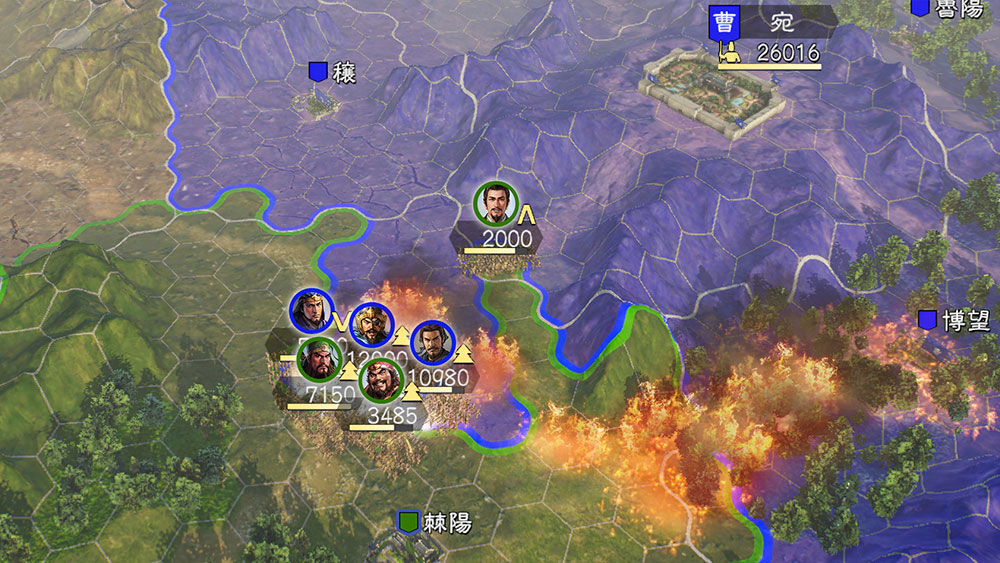 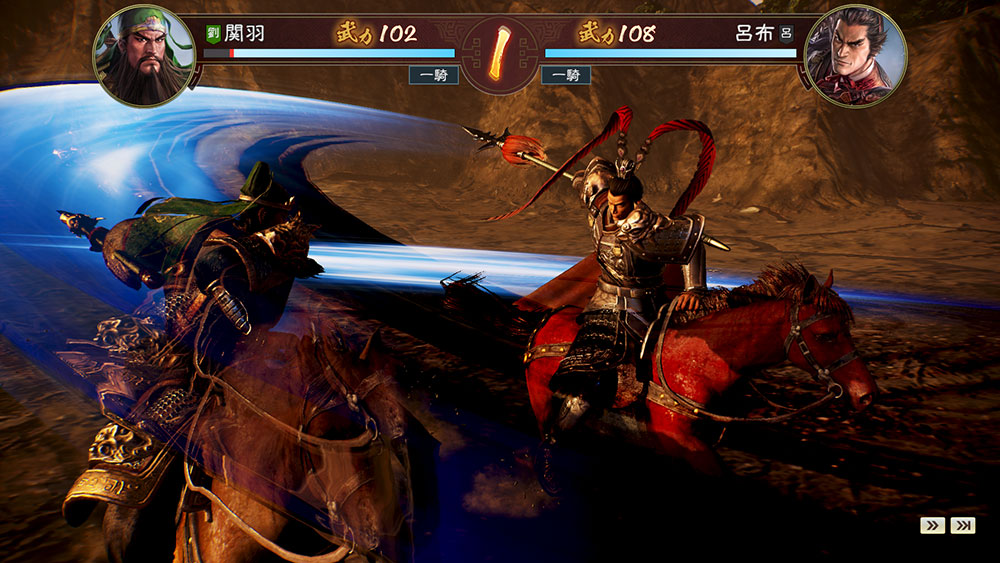 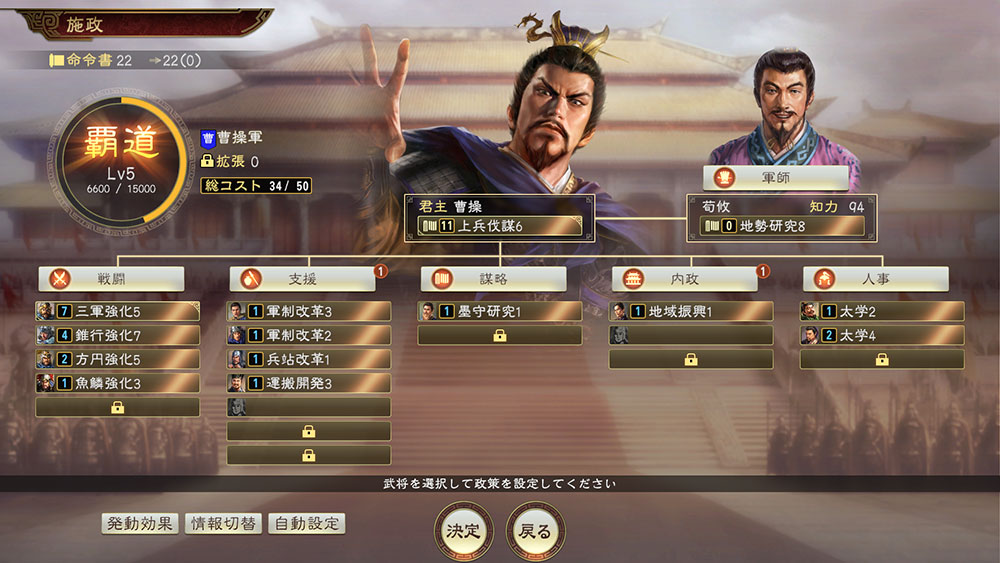