Place one of your favourite villains on your desk and brighten up your day with this fun Goomba 3D Light. Remember all the times you’ve jumped on this mad mushroom and harp back to a golden era of gaming when Super Mario was in its prime. A great gift for fans of the Super Mario franchise as well as retro gaming fans, this light is in the shape of the iconic Goomba, one of the more common enemies faced by Super Mario on his adventures. The Goomba 3D Light is perfect for use as a bedside lamp, or on your desk. It has three LED lights inside, is battery powered (3 x AAA batteries) and has an on/off button on the base.

One of the most popular and instantly recognisable video game characters of all time, Mario first appeared in the iconic 1981 arcade game Donkey Kong under the name 'Jumpman'. Since then, Mario has become a legend within popular culture and has been a defining figure not just for Nintendo, but for the whole gaming industry. Since hitting the big time with Super Mario Bros. Mario has had huge success with other instalments such as Super Mario Galaxy, Super Mario 3D World and the hugely popular racing spin-off Super Mario Kart. 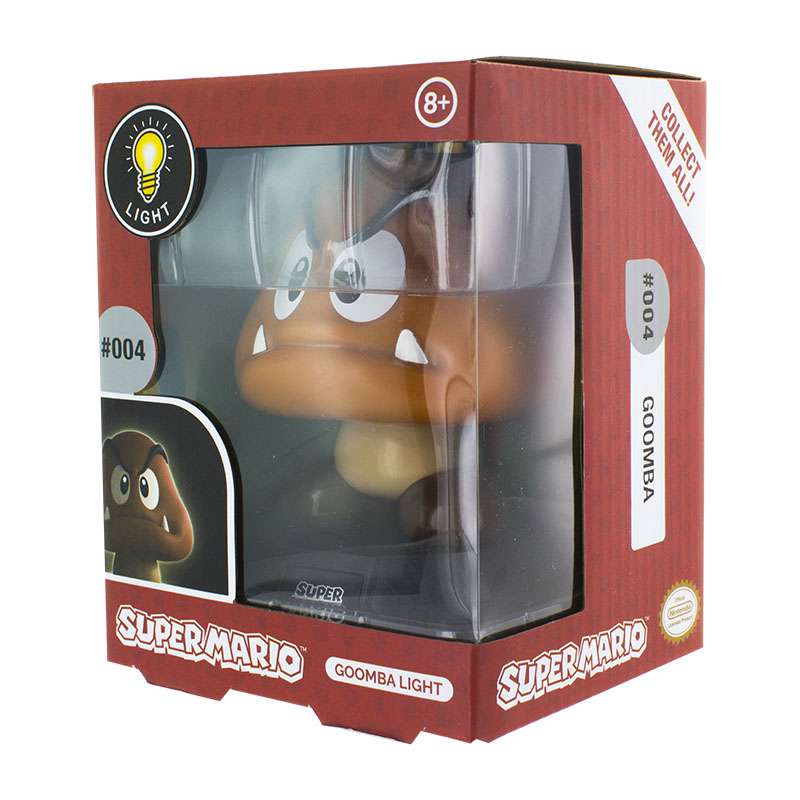 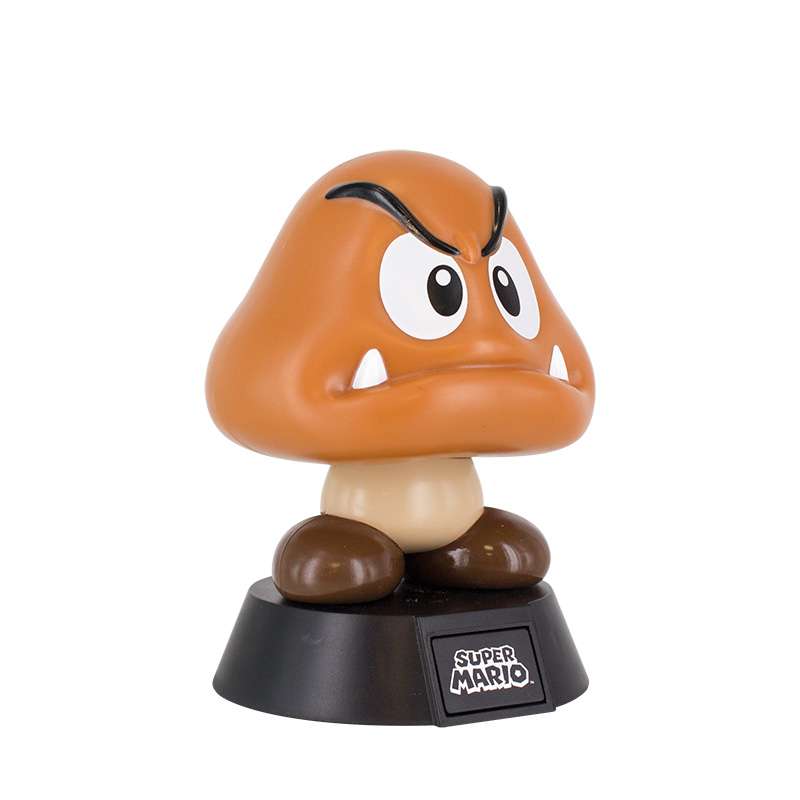 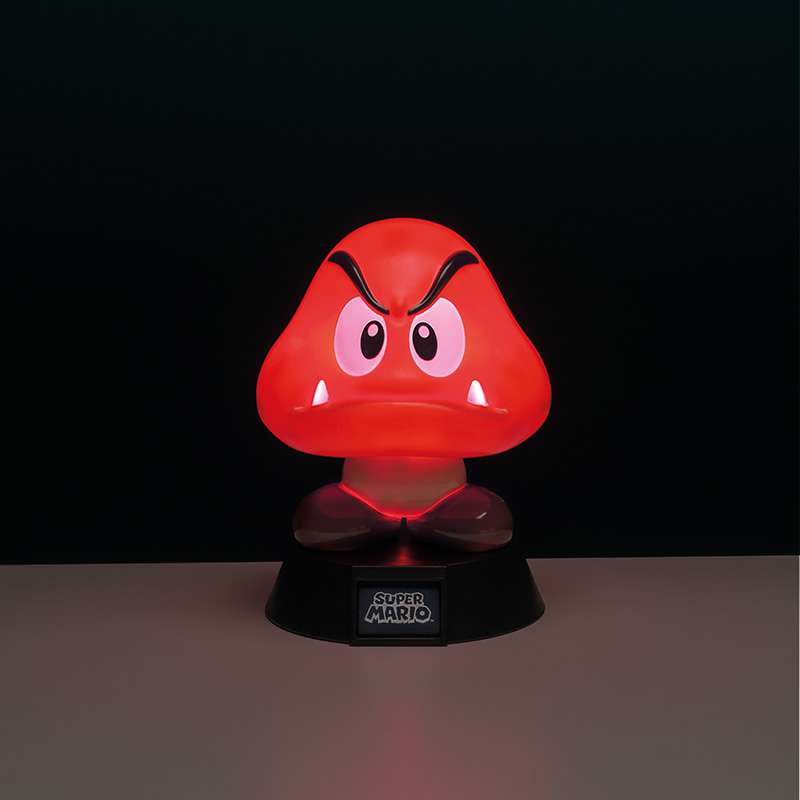 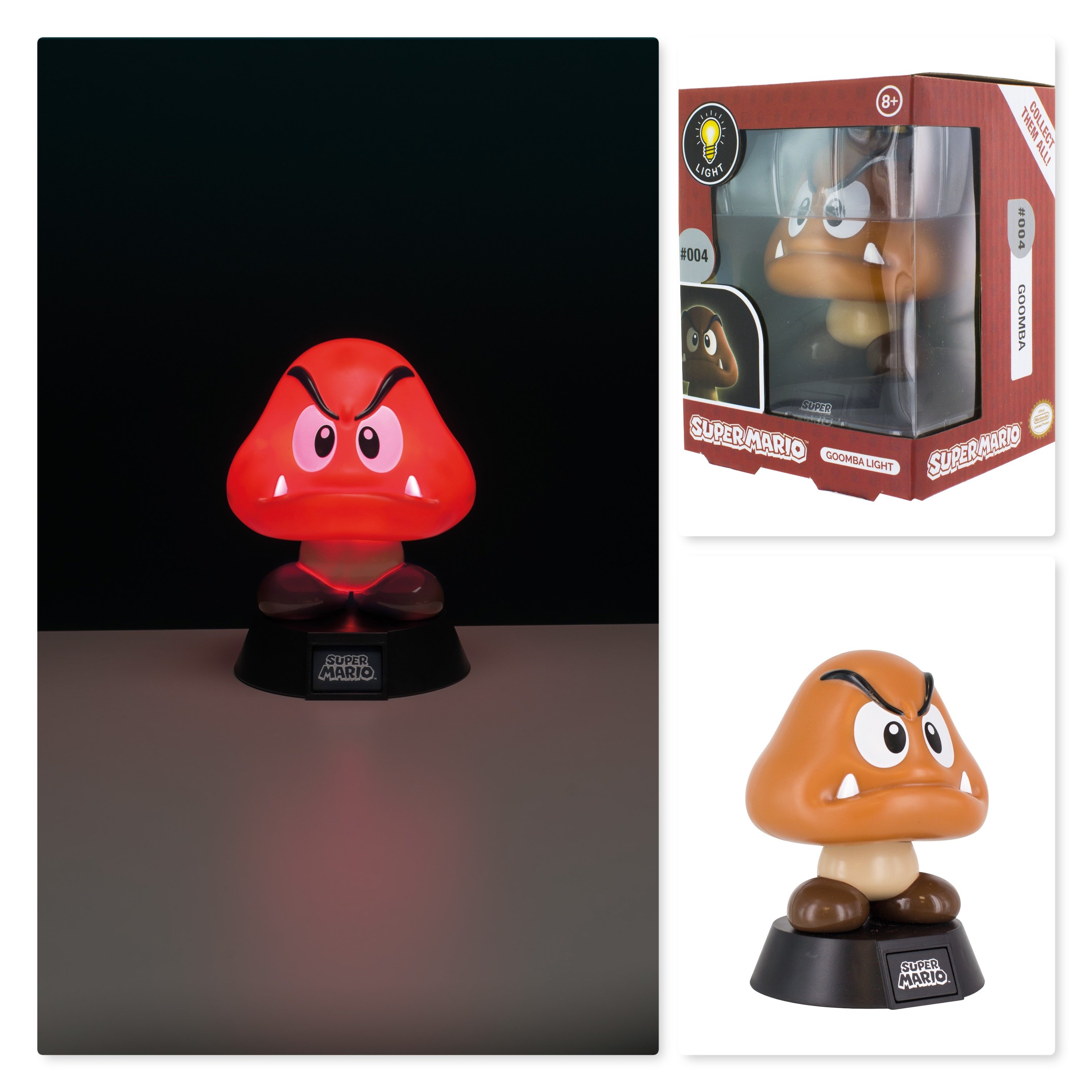